In stock form your Sonic/Cruze has 11" rotors and single piston cast iron brake calipers. This is a far cry from a performance braking system and barely meets what we would consider minimum requirements to stop the car. ZZPerformance is proud to solve that deficiency with an affordable brake upgrade kit.

Thank you for submitting a review!

Your input is very much appreciated. Share it with your friends so they can enjoy it too! 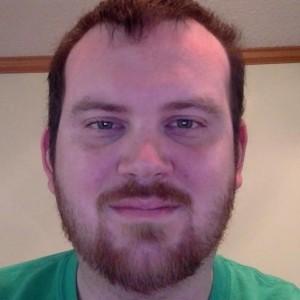 Great stopping power, but I ran into an installation issue.

When I bought this larger brake kit last year the online store still advertised this as working on 16 inch rims. I had my trusted mechanic install the brake kit and when he drove it out of the garage, the calipers grinded against my rims. We managed to get the 12" kit to play nicely with my summer & winter rims by grinding down the heat fins on the rotors. This modification hasn't adversely affected my Sonic's stopping power. Unless I was to take this on a track, I doubt the heat buildup will ever be an issue with the grinded down heat fins due to the slotted rotors. Overall, despite wrongly being advertised as fitting 16" rims (this error is now fixed, thanks!) this big brake upgrade kit is an amazing upgrade for any Chevy Sonic!

they are excellent work well.no more fade thank you.only thing that would of been great was to supply braded brake lines as well.

Off and on easy install for a better performing product

I was a little annoyed that the stock '17 hatch brake performance feels like there is fade after only a few minutes of spirited driving. These have more initial bite and total stopping power, but i haven't done any spirited driving since i swapped them. Time will tell. Anyway, important notes: This was successful on the "17 facelift Sonic 1.8 with 16" Preem wheels. Should be the same for '18, '19, '20 Clearance is "OMG i can't believe they fit" on the 16" wheels. Does not come with replacement rotor locking screw to keep the rotor flush, like the stock ones. They will flush like older\different vehicles do when you remount and torque the lug nuts. Absolutely $%^# the crush washers when replacing them. Some aren't a pain, but these were. Make sure you use a lug nut opposite the caliper to keep it as flush as possible when mounting the caliper, so it won't bind the rotors. Do this also when bleeding afterwards. It's mostly straight forward, but it would have been nice if they included 4 crush washers instead of 2. I needed to buy two more. For the price it would have been a nice to have, but not super necessary, to have 4 new caliper mount bolts (they're not supposed to be re-usable, but everyone does and it's usually fine), a replacement mounting mechanism for the brake line retainer, as the old one doesn't reach the mount (use zip ties). The instructions are a little lackluster. They might as well be just saying to take off the old stuff and put on the new stuff. Which is mostly fine, if your fairly mechanically inclined, but even still i asked a few clarifying, expectation questions before tidying up and feeling comfortable bedding the brakes the next day. I chose to do this instead of the Encore\Trax\Camaro parts swap because i didn't want to do the sourcing, modifying and piecing together parts, so mainly out of preference for convenience. Thank you ZZP and i look forward to putting more of your parts and tunes on my 2 Sonics.

Parts are of quality as expected. Others have mentioned in previous reviews that the backing plate will need to be trimmed in order to clear the larger rotors. While this is true, on installation, make sure to trim a little extra around the caliper mounting area as well. Other than that, installation is plug and play. Pairs perfectly with the rear disc conversion on the cruze. 10/10.

Sonic/Cruze 12" Front Brake Kit
Cruze
Share   |   Facebook  •  Twitter
Was this helpful?  2    0
Thanks for contacting us! We'll get back to you as soon as possible. Thanks for subscribing